Perhaps, talking about professional video game localization sounds like Greek to us. Especially because the basic skills to work in this field are unknown. In this post, we are going to discuss them and solve some of the doubts that may arise: if we need to know how to program to work with the files to be translated, if we have to be gamers, what languages we need to know, how to become a professional in this field, and so on.

Year on year, the number of video games being produced and subsequently translated is increasing, as the offer is growing and varying for all types of audiences. More and more people, regardless of age or gender, are investing their time in these games —mostly during the last months with the pandemic.

Due to this boom, the demand for professional translators specialized in video games has grown. In the same way, this field could be one of the most attractive for new younger translators who are enticed to this topic. It is likely that many of them have spent several moments of their childhood or adolescence enjoying and laughing while playing a video game alone or with friends.

But… how to become a good video game localizer? Read on: First of all, and this is why it is called video game localization and not simply video game translation, the translator must be able to adapt all texts to the target culture. Playing the game should make you feel that the game has been developed in the country where it is being used. You have to be accurate to the target audience, not to the original text. Players will identify with the video game characters and will have fun precisely because they speak with colloquial expressions that can be heard in everyday life. Ideally, do not use artificial phrases that sound like a literal translation of the original.

English is the main working language and must be mastered. Even if the game is not originally in English, most translations start from this language. This means that if the original version is in Japanese or Chinese, it is most often translated first into US English and then into the main European languages (French, Italian, German or Spanish). The reasons are not a mystery: it's cheaper, it's easier to work with a translator that has this combination, and it also ensures uniformity in some aspects —in many cases the names of the characters are kept in English. This is not to say that you can't translate from other languages, but if you do it from English the chances of finding a job are higher

Specialize in this field by playing. It is always advisable to take a specialized training, but in this case it is best to learn to distinguish different languages and situations by playing different types of games. It is not necessary to be a gamer, but it is not recommended that you have never played a video game before. As in everything, the ideal is a middle ground. Step by step you will discover references or similar terms in games of the same theme and your creativity will also develop. It is essential that we use all our imagination to add value to the content of the videogame we are translating.

Technical knowledge of localization is required. Video game translation shares several aspects related to software localization, so if you are proficient in this field, it will not be too difficult to face the technical challenges of video game localization. It has to be kept under control in order to adapt the game to the target culture while maintaining the possible variables, limitations and different codes in each case.

As we have said, these are just some of the recommendations we can make if you are thinking of entering this world. If you are really passionate about it, don’t hesitate! Start working to dedicate yourself to the interesting video game localization. If you do not meet all the requirements, there is always time to continue training… as in everything in life, learning is 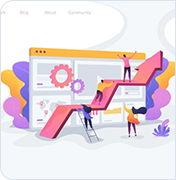 Do you love playing video games and would like to make money from it? Sounds like a dream. Dreams, however, are there to be realised. Apply as a Video Game Tester. 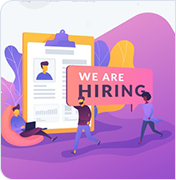 Are you a native speaker of Italian and like to pick up on the little things? On top of that, are you a fan of video games? This position is probably for you. 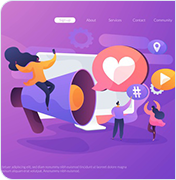 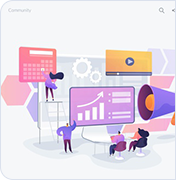 We are one of the leaders in video game localization. To date, our portfolio includes 80+ successful games worldwide.